Home|news and event|Space|To the Stars 2024: Gold Coast Aerospace to put Rover on Mars

To the Stars 2024: Gold Coast Aerospace to put Rover on Mars

Gilmour Space Technologies has entered into a Space Act Agreement (SAA) with NASA to put a rover on Mars by 2024. The Gold Coast space company with a subsidiary office in Singapore is developing low-cost launch vehicles for the small satellite payload market.

Gilmour Space Technologies backed by venture capital firm Blackbird Ventures and other investors has teamed up with NASA on research, technology and development of flying rockets into space carrying nano-satellites. In June 2016, the company successfully flew a hybrid rocket to an altitude of 5 Km using proprietary 3D printed fuel.

The company was founded by CEO and Founder Adam Gilmour and his brother James:

“In our journey to the stars, humankind will need to build sustainable and long-term infrastructure and bases on the moon, asteroids or Mars. We will need to be able to manufacture big things off-Earth, generate lots of energy, and develop technology that will help us survive and live longer in space. We hope to work with NASA to solve many of these issues in the years ahead.”

What is a Space Act Agreement

to enter into and perform such contracts, leases, cooperative agreements, or other transactions as may be necessary in the conduct of its work and on such terms as it may deem appropriate, with any agency or instrumentality of the United States, or with any State, Territory, or possession, or with any political subdivision thereof, or with any person, firm, association, corporation, or educational institution.

NASA uses this authority to enter into a wide range of agreements to advance the NASA mission through its programs. Under an international SAA, the Agreement partner is a foreign entity that is not established under a State or Federal law of the United States.

The Congress hereby declares that it is the policy of the United States that activities in space should be devoted to peaceful purposes for the benefit of all mankind.

A trade mark for GILMOUR SPACEFLIGHT ACADEMY was filed on 30 January 2017 in the name of Gilmour Space Corporation Pty Ltd with registration advertised on 7 September 2017. 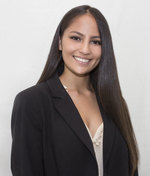 We are a team of trade mark attorney and IP specialists based on Gold Coast and Sydney. If you have any questions about trade mark and brand protection, contact us on 1300 77 66 14