“The Right to be Forgotten”: Google Loses Landmark Case

Google has been defeated in the English High Court this month by a businessman who was previously convicted of a surveillance offence, in an important “right to be forgotten” ruling. The case sets a momentous precedent for personal privacy rights against conflicting public interest considerations.

The High Court considered that the applicable legislation –  the Data Protection Act – required a ‘balancing act’ of fundamental rights, such as the freedom of expression and the freedom of information. Interestingly, the High Court also found that the tort of misuse of private information, as established in the 2004 case of Campbell v MGN Ltd was pertinent to the facts of the case.

Significantly, the High Court considered the new EU General Data Protection Rules (EU GDPR) as being an important consideration in the courts decision. While the EU GDPR has yet to come into effect, some of its provisions are comparable to existing EU Directives, and will apply not only to EU Member States, but to any country that processes the personal information of individuals in the EU.

This is not the first time that these issues have been brought to the attention of Google. Indeed, over 2.4 million requests have been lodged with Google to remove the personal information of individuals from the company’s search results.

Further, the ruling from the English High Court is not entirely novel. In 2014, Google was defeated by a Spanish man in the European Court of Justice for privacy infringement. The ECJ held that the Google results were “irrelevant” and “out-dated”, and an order was made to remove the information – regarding the repossession of his home – about the man. In comparison, it could be argued that this recent landmark decision sets the bar a little higher with respect to the importance of personal privacy, as it relates to information that is relevant to the public interest.

However, the ruling by the English High Court is not without its limitations. At the same time, another businessman who was previously convicted of “conspiracy to account falsely”, lost his claim against Google for the “right to be forgotten”. The court found that in his circumstances, he was not able to overcome other public interest factors, such as public protection against bad business dealings. Upon consideration of the facts, the High Court concluded that in his case that “[He]… remained in business, and the information serves the purpose of minimising the risk that he will continue to mislead, as he has in the past”.

This is an important case that considers an individual’s “right to be forgotten” on the Internet. The decision affirms that courts are taking a strong “protectionist” stance on privacy and any fundamental rights guaranteed under the law. This issue will surely be re-visited by the courts in the near future, along with any applicable obligations under the EU GDPR.

Take away points from the case: 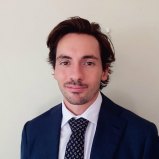