Jurisdiction clauses are added into contracts to identify which court will determine any disputes between the parties. This clause gives a court the power to adjudicate in a case. This is particularly important when negotiating parties for a contract are located in separate countries as they will need to consider ahead of time which court will have the power to resolve any disputes that may arise between them.

An exclusive jurisdiction clause is restrictive in nature. This means that only specific courts can adjudicate a dispute and this provides certainty as to the location of litigation.

Non-exclusive jurisdiction clauses provide rights to both parties to take a dispute to courts of other jurisdictions, however, with increased flexibility comes the risk of parallel proceedings.

It is also important to consider the location of the assets of both parties so that a judgement can be enforced.

If the parties have not included a jurisdiction clause, the court hearing the dispute will first have to determine which law applies to the contract before it can resolve the dispute.

The parties contracting will typically select the law of the jurisdiction that will govern the contract concluded between them. The parties thereby define which legal system is to define their rights and obligations under a contract.

Keep in mind that laws vary between jurisdictions. It is important to consider when choosing the law applicable to ask the question if the law may favor a party above another or whether it treats both parties on an equal basis.

If the parties have agreed a choice of law clause, the parties may try to later “forum shop” to try to resolve the dispute in a forum perceived as favourable to a litigant which increases uncertainty and friction between the parties and decreases the possibility of settling the matter.

Choice of law clauses or “governing law” clauses are especially important if transactions extend beyond the borders of states and countries where different laws are applied.

If the parties have not chosen the law that will govern their contractual relationship, specific choice of law rules apply for particular categories of matters. 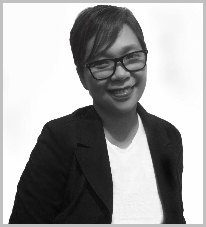